Shopping Cart
Your Cart is Empty
Quantity:
Subtotal
Taxes
Shipping
Total
There was an error with PayPalClick here to try again

Thank you for your business!You should be receiving an order confirmation from Paypal shortly.Exit Shopping Cart

May 04 is International Firefighters Day (IFFD)

On December 2, 1998, a tragic event shook the Linton Community, Australia and the world. Firefighters in Linton, Australia, a populated region in Victoria, were fighting a large wild fire and called for mutual aid. This urgent mutual aid call brought the Geelong West Fire Brigade to the scene not knowing the despair and tragedy that was in store. Garry Vredeveldt, Chris Evans, Stuart Davidson, Jason Thomas, and Matthew Armstrong all loaded into company?s truck. They were part of a strike team and were being sent to help extinguish the flames. As the five headed into the hot zone, the wind suddenly switched direction, engulfing the truck in flames and killing all five members. This unfortunate incident is what inspired JJ Edmondson to bring about an international holiday, called International Fire Fighters Day, to support the lives lost and dedicated fire fighters who risk their lives every day to save life and property.

One of the most significant symbols of International Fire Fighters Day is the red and blue ribbon. This ribbon is cut precisely five centimeters long and one centimeter wide, with the two separate colors conjoined at the top. JJ Edmonson chose red and blue because the red stood for the element of fire whereas the blue would represent the element of water. Coincidently, red and blue are also the colors recognized world-wide to signify emergency services; therefore, red and blue being the best choice of color to recognize an international holiday.

Although International Firefighters Day originated from the deaths of five wild land fire fighters, they are not the only aspect of the service recognized. On IFFD, every person in the emergency service career gets recognized; Hazardous Materials Specialists, Fire Prevention Specialists, paid firefighters, volunteer fire fighters, wild land fire fighters, heavy equipment operators/mechanics, Emergency Medical Technicians,and many more. Without all sectors of the emergency department services working together one would not hold up without the other; therefore, resulting in International Fire Fighters Day to be a time to celebrate everyone who serves in the emergency services.

Saint Florian, the patron saint of Firefighters, is also another symbolic element to International Fire Fighters Day. St. Florian was a patron from Noricum, Rome in three hundred A.D., who was said to be one of the first commanding fire fighters of an actual battalion. As legend states, St.Florian saved an entire village engulfed in flames using just a single bucket of water. Legend also states, because of this act St.Florian is known as the protector of those who have come in danger of fire. The duties St. Florian performed for his province are the same duties that fire fighters around the world perform everyday-with the same dedication and braveries. On May 4, St. Florian is globally recognized and honored and is also known as the day of St.Florian. Therefore, International Fire Fighters Day was chosen to be honored on May 4 in honor of the saint.

The Need for Training

Fire prevention and the need for more intensive and thorough training is one of the main aspects of International Fire Fighters Day. Fire fighters and their agencies around the world are constantly stressing fire prevention: in schools, to the community, at public events, at assemblies and even to their own families. The safest way to keep fire fighters alive and home to their families is training. In many paid fire departments, there is a mandatory amount of required training for each individual to complete within each shift. Unfortunately, it is not the amount you train but how you train. Therefore, training needs to be as intense and realistic as it can be. This ideal is one that International Fire Fighters Day stresses. That the need for proper training is one that needs to be met, and therefore IFFD is an opportunity to do exactly this.

On Wednesday, July 27, 2012, Mike and I were two of hundreds of spectators visiting the Texas Engineering Extension Service (Teex) Brayton Fire Training Facility in College Station, Texas. One evening each year, Teex opens their gates to the public for a firefighting demonstration in conjunction with its annual Municipal Fire Training School (83rd this year).

We were invited by our dear friend and LPG Emergency Management Instructor Brandon (B.J.) Chomout. B.J. and Cohnway worked together with the Yoakum Fire Department and became close friends. This gave us an additional opportunity to meet many of the firefighters in the class. Everyone made us feel right at home.

Thank you B.J. for getting us wristbands which allowed us to get an upclose and personal view of all the exciting and realistic firefighting scenarios. We had a spectacular time!

In 1929, the State Fireman's and Fire Marshal's Association of Texas selected Texas A&M for a permanent fire school, with the first annual school a year later attracting 196 firefighters from 76 cities and towns for two days of drills and ground practice. The success of the first school prompted the Texas Legislature to officially recognize Texas A&M fire school as an "imperative public necessity" in 1931. Today the Brayton Fire Training Field is the worlds largest and most comprehensive institute for emergency response training.

To learn more about their training programs and courses in over 130 specialty areas, please visit their website: https://teex.org/Pages/default.aspx 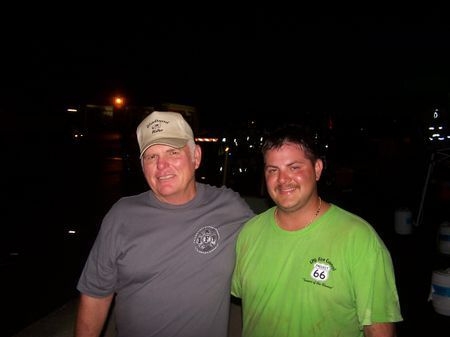 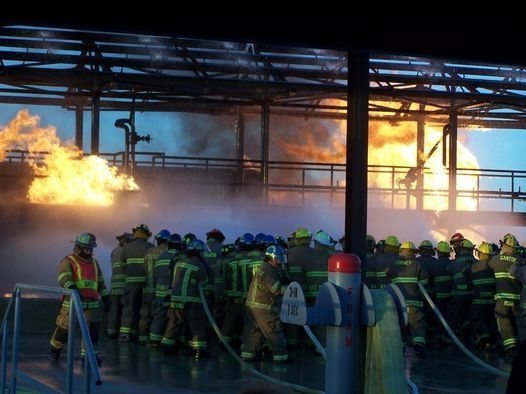 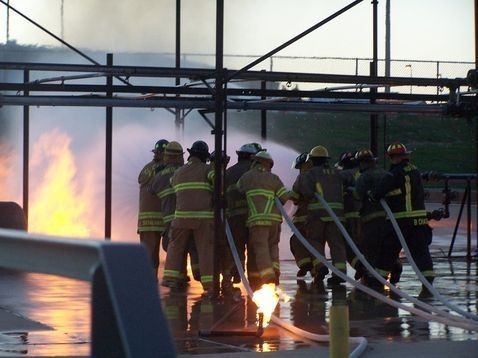 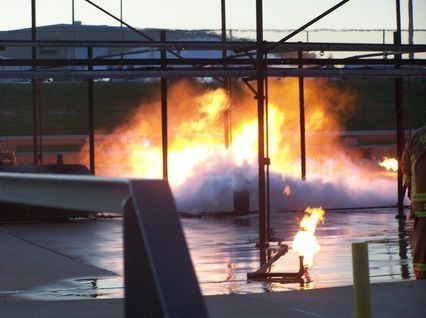 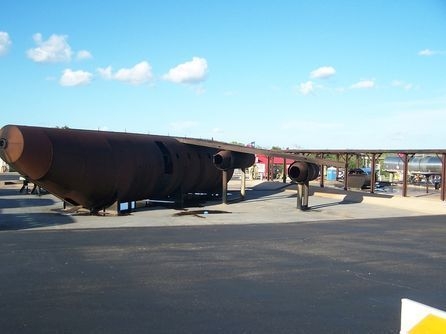 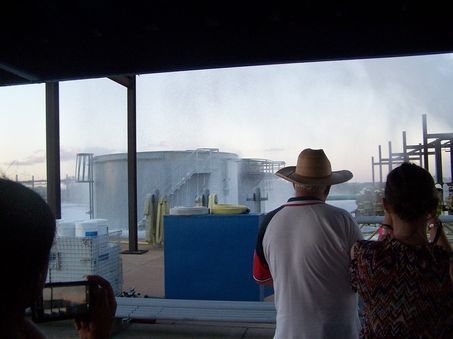